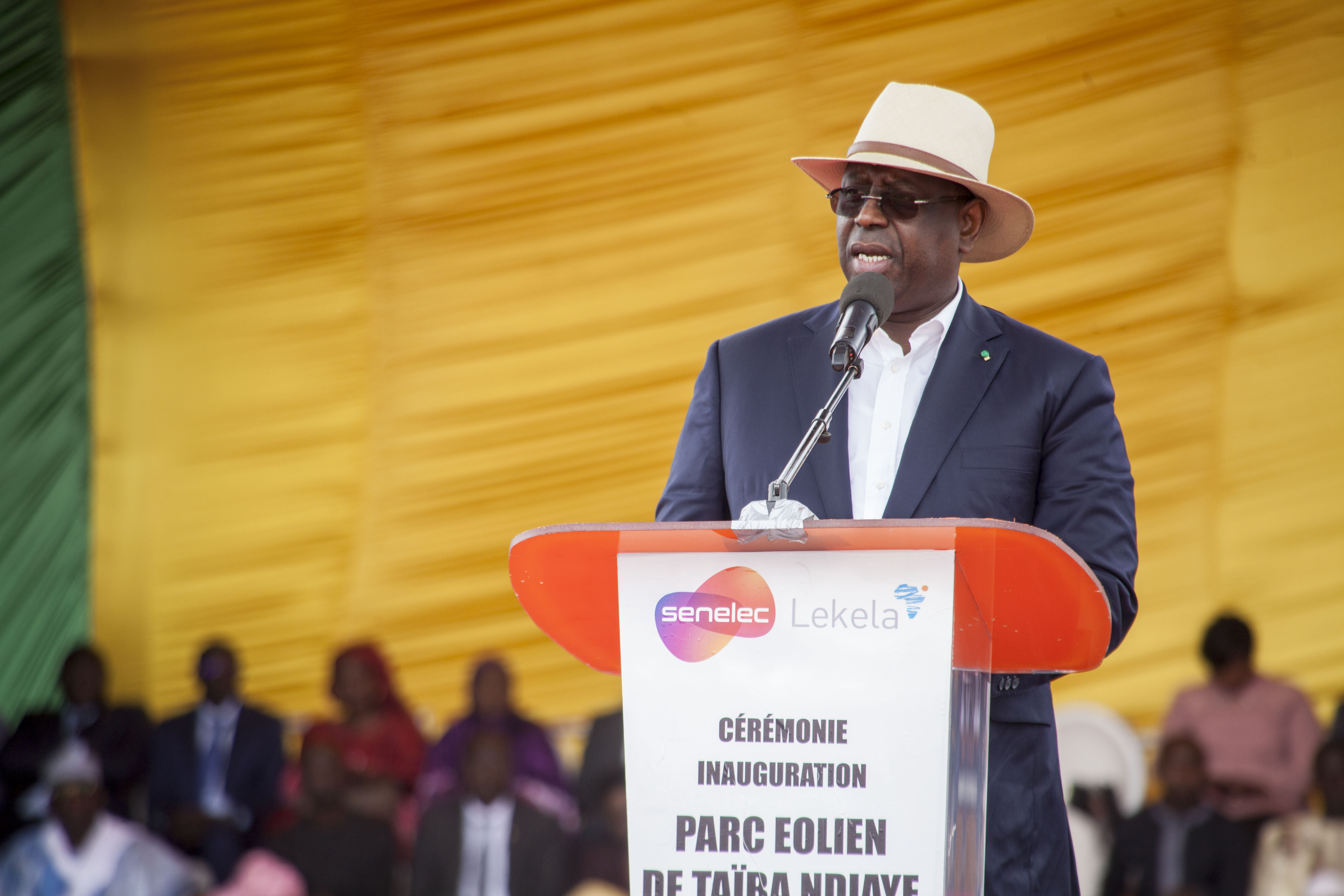 Parc Eolien Taiba N’Diaye (PETN), was officially inaugurated today by the Senegalese Head of State, His Excellency Macky Sall. The project, carried out by Lekela, the renewable power generation company that delivers utility-scale projects across Africa, is a major achievement for Senelec, Senegal's national electricity company.

The ceremony was held in the presence of Mr Mouhamadou Makhtar Cissé, Minister of Petroleum and Energy, Her Excellency Victoria Billing, Ambassador of the United Kingdom, Mr Papa Mademba Biteye, CEO of Senelec, Mr. Chris Antonopoulos, CEO of the Lekela Group, and a delegation from the World Bank.

Since last December, PETN has provided 50MW to the Senelec grid thanks to the installation of 16 wind turbines. These, among the largest in the world, each peak at almost 180 m in height, the equivalent of a 60-storey building. The upcoming second phase of construction will see PETN generate an additional 50MW. The third and final production phase will bring the number of turbines to 46 and provide Senelec with 158.7MW of clean energy.

“This plant illustrates the benefits that the State of Senegal can derive from intelligent public-private partnerships," explained Mr Pape Mademba Bitèye, CEO of Senelec. "The partnership between the State, local authorities and Lekela is proving to be fruitful for the country. The project will provide 15% additional energy capacity in the near future, representing half of the renewable energy available in Senegal. PETN will reduce the country's dependence on oil and its fluctuating costs.”

PETN will provide more than 450,000 MWh of electricity per year to more than two million people. This will help to avoid the release of 300,000 tonnes of CO2 annually. The project is part of the “Plan Senegal Emergent”, the government's programme to accelerate economic development.

“This inauguration is a very special moment for Lekela and the PETN teams," said Chris Antonopoulos, Chief Executive Officer at Lekela. "In record time, together with all our partners and collaborators, we have completed an ambitious project that places Senegal at the forefront of countries committed to the development of renewable energy.”

Massaer Cissé, General Manager for Senegal at Lekela, said, "Hundreds of jobs were created during the construction phase, many of them at the local level. Young people have been trained in new trades, a 20-year local social investment programme has been put in place and many achievements have already been made. It is a great source of pride to have participated in such a project for my country.”

The social programme, which is already underway in the areas surrounding the wind farm, involves a series of activities to improve education, enterprise and the environment for the local communities. In recent months, 34 km of track accessible to farmers has been built, enabling them to transport their produce much more easily. In addition, two markets, a pilot farm and a fully equipped IT centre connected to the internet at the Taïba Ndiaye High school have also been built. Finally, a library and a municipal stadium have been rehabilitated as part of this programme.

As well as this milestone for PETN, Lekela also recently began construction on its 250MW West Bakr Wind project in Egypt. Expected to be fully operational by 2021, West Bakr will produce over 1,000 GWh per year of clean energy for the Egyptian grid. In total, Lekela now has over 1,000MW of wind power in operation or construction.