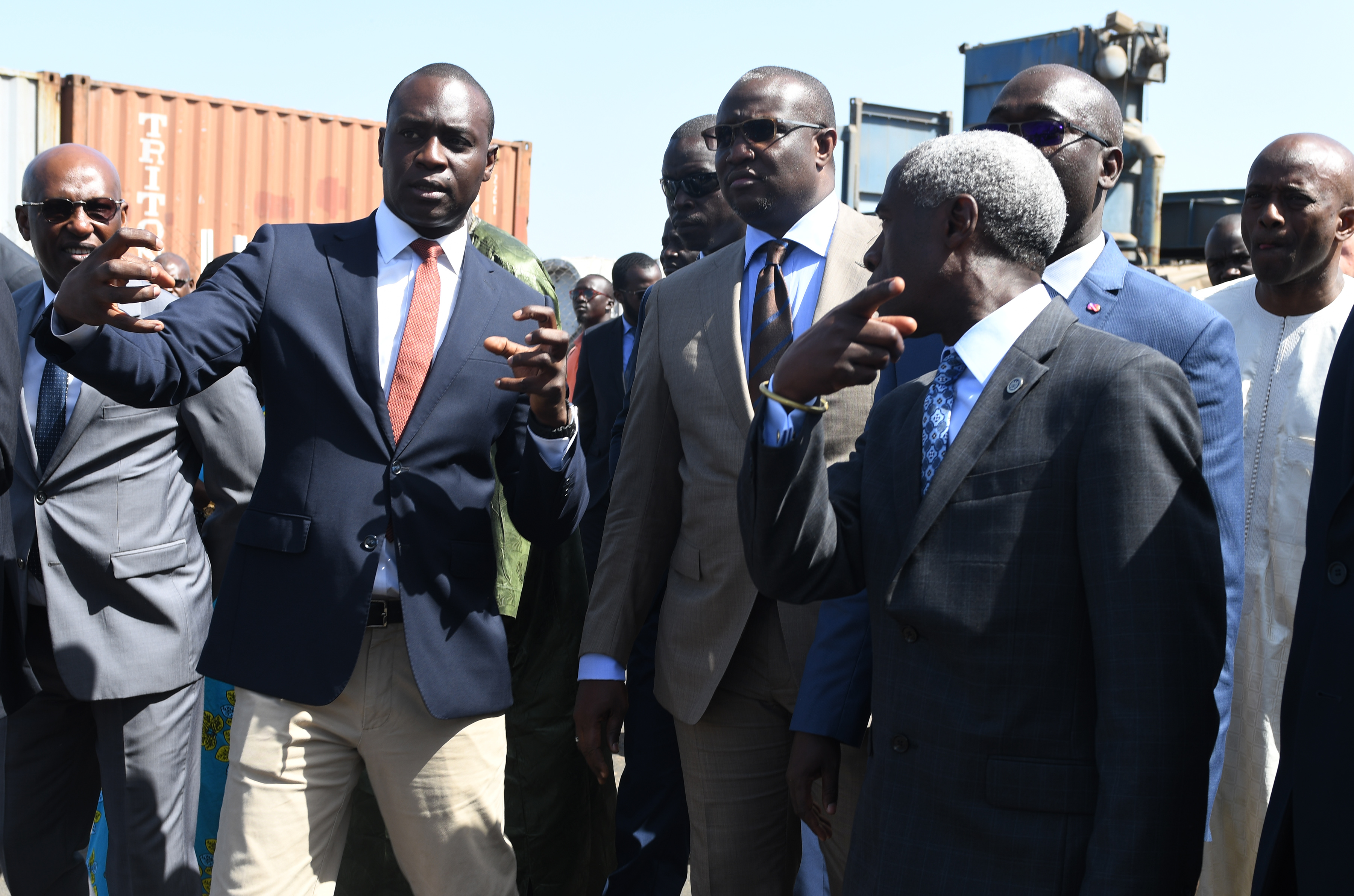 This milestone for the 158.7MW wind farm is a significant step forward in the construction process, which began in December 2018. The delivery was marked with a ceremony held by the Port Autonome de Dakar and Lekela.

The ceremony was attended by Mouhamadou Makhtar Cissé, Minister of Oil and Energy, Tulinabo S. Mushingi and George Hodgson, Ambassadors of the United States and the United Kingdom respectively, Pape Mademba Bitèye, CEO of Senelec, the national public energy supplier, Aboubacar Sadikh Beye, CEO of the Autonomous Port of Dakar, a delegation of the World Bank, and by Massaer Cissé, General Manager of Lekela Senegal.

Once constructed, the wind farm will consist of 46 Vestas wind turbines that can produce 3.45 megawatts each. They will utilise a 117m tubular steel tower and have blade length of 61.7m, giving a large swept area of 12,469m2. This allows the wind turbines to maximise the amount of energy captured from the wind.

As well as creating hundreds of employment opportunities during construction, PETN is deploying a broader socio-economic programme in the Taiba N’Diaye area creating sustainable livelihoods in the local community. Projects to improve local agriculture, provide vocational training opportunities, and refurbish or build local infrastructure are part of a 20-year programme that will invest up to $20 million over the life time of the wind farm. Already, a new marketplace has been constructed to provide a safe trading environment for local women, while a new IT centre is being built for local schoolchildren.

PETN is expected to begin transmitting to the grid later in 2019 and will provide over 450,000 MWh of energy per year. This represents a 15% increase in generation capacity for Senegal and the provision of power for over 2 million people. Crucial to the project’s success has been the Plan Senegal Emergent, the government’s economic development accelerator programme.

Massaer Cisse, General Manager for Senegal at Lekela said, “This is an incredibly exciting moment for Lekela, and for PETN. From a project that was just an idea a few years ago, we now see it quickly becoming a reality. It won’t be long until PETN will be providing power for over 2 million people in Senegal.

“Already, hundreds of employment opportunities are being created in construction, and further benefits will be provided through the creation of infrastructure and services for workers as part of a 20-year social investment programme that will greatly benefit the local area.”

"This plant is the result of a fruitful partnership between Senelec and Lekela", said Pape Mademba Bitèye, General Manager of Senelec. "This partnership was made possible thanks to the support of the State of Senegal and local authorities, which enabled us to remove all the constraints related to this type of project, notably by facilitating the provision of land and the necessary guarantees. We are delighted by this form of multipartite collaboration between Senelec, the developers and the local community and look forward to the commissioning of the first phase towards the end of 2019".